Fear of being scolded for “greenwashing” paralyzes designer-makers from doing nothing about the climate crisis. It’s time to let them make mistakes, writes Katie Treggiden.

“Carbon washing is the new greenwashing”; H&M called for “greenwashing” in its Conscious fashion collection; “Greenwashing will’t wash”: all Dezeen headlines of the last few years. In fact, the last one was mine. And it’s important that we raise awareness of greenwashing – the practice of making false environmental claims in order to sell products, services or policies.

With 66 percent of shoppers — 75 percent among millennials — saying they consider sustainability when shopping, the reward is clear. But making products and services truly green takes time, money, and effort, and the journey there is fraught with nuance, trade-offs, and compromises — none of which translates to easy wins or easy advertising slogans, that’s how companies lie, exaggerate, and bend the truth to scoop those sales.

It is important that we call for greenwashing

Advertising and sales are little known for being bastions of honesty, but the harm of greenwashing goes beyond simply misleading consumers into buying something they don’t want. All the time, money and effort that goes into these practices is not being used to actually become more sustainable and companies are left out of a tight spot. In the meantime, the misled customers are not investing their money in the companies that are genuinely trying to make things better.

“Greenwashing perpetuates the status quo because it leads planners, end users and everyone in the chain to believe they are doing better than they actually are from a sustainability perspective,” said Malin Cunningham, founder of content marketing agency Hattrick . “Similarly, the companies that do the greenwashing have no incentive to improve.”

“Declaring a climate emergency is just the beginning of the journey”

However, all these “greenwashing” headlines strike fear into the hearts of designers, manufacturers, interior designers and architects who want to do the right thing but haven’t gotten it all figured out. In a survey of my community of designers, 100 percent said fear of getting it wrong has blocked progress on sustainability-focused projects.

Cancel culture and call-out culture are particularly prevalent on social media, which often lacks the nuance for proper discussions about environmental protection, yet these are the very spaces where small creative businesses advertise their products and services.

All these “greenwashing” headlines scare designers

The importance of failure in creativity is well documented. There’s the 5,126 failed prototypes that James Dyson went through before he finally cracked the technology behind his eponymous vacuum cleaner, the Thomas Edison quote: “I didn’t fail 700 times that Walt Disney’s first film company went bankrupt before he was 21 . But maybe we’ve heard stories like this so many times that we’ve forgotten what they mean.

In his book Atomic Habits, James Clear gives the example of a cohort of film photography students at the University of Florida. Their professor divided them into two groups. You were only judged on the amount of photos produced – the more photos, the higher the grade, no matter how good they were. The second group only had to submit one photo, but it was judged on quality – to get an A it had to be near perfect. 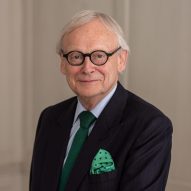 Bad design is “at the heart of our destruction,” says the UK government’s top climate adviser

The result? The better photos came from the first group, with the group being judged on quantity alone. The moral of the story here is that in order to succeed, creative people must be given permission to fail. In other words, keeping them to a near-perfect standard doesn’t set the stage for success.

“The only way we will be able to address the great challenges facing humanity is through trial and error,” Cunningham said. “Small independent companies are very well placed to help find these solutions and it’s important that they are allowed to experiment without being left behind.”

It is important that we encourage imperfect progress, that we recognize honest intentions

The difficulty is that the key difference between greenwashing and honest but imperfect progress is intent, and that can be difficult to discern. For designers and makers, Cunningham recommends transparency in communication.

“It’s about having clarity about the environmental impact you are creating as a company and what your goals are — and then being transparent about where you are on the journey to meeting those goals,” she said. “It means to act first and then to communicate.” 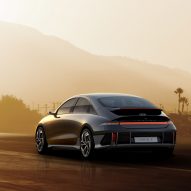 Circularity is “closer than we think,” says Hyundai design chief

And what about those of us writing those headlines? It is of course vital that journalists “tell the truth to those in power” and continue to denounce companies that knowingly make exaggerated or outright false environmental claims.

But it’s also important that we encourage imperfect progress, that we acknowledge honest intentions, and that we ask the right questions to ensure we can tell the difference. In our sustainable design coverage, we need to celebrate both the journey and the destination.

We must allow designers to get sustainability wrong so they can get it right. All of our future depends on it.

Katie Treggiden is a writer, journalist, podcaster and keynote speaker promoting a circular approach to design. She is the founder and director of Making Design Circular, a membership community for designer makers who want to become more sustainable.

I love these extreme makeovers of the Simpsons home