Ahead of the 24 Hours of Le Mans Virtual in January, the Sebring 500 was the last chance for teams to earn valuable championship points and practice during a race scenario.

As a result, several contestants once again worked with their FIA-rated professional drivers and provided additional seat times. That meant the likes of Max Verstappen, Romain Grosjean, Raffaele Marciello and Beitske Visser competed on the virtual circuit.

In qualifying the day before, R8G Esports driver Marcell Csincsik set the fastest time but did not start the race at the front of the field due to a 10-place penalty carried over from the previous race at Spa-Francorchamps.

That honor went to Porsche Coanda’s Joshua Rogers instead, and as the race began, the number 23 disappeared into the distance in an unparalleled display of speed and consistency.

Behind them, however, Mexico Racing Team’s Alberto Gironella misjudged the rolling start and drove into the rear of Pescarolo Esport Monaco, who in turn hit Rocket Simsport. The result was a drive-through penalty for the Mexican team and a visit to the pit lane to repair damage for the British team.

The latter endured a hard-fought race that was later pushed aside by ARC Bratislava’s Erik Vizi, who shared the car with former Formula One and IndyCar driver Tomas Enge.

In the supportive GTE category, the start of the race was less tense. Surprising pole position holder was SIM Maranello thanks to a fast lap by Christian Malghera. They retained the lead, with fellow Ferrari SF Velas Esports in second place early on, but fell behind as various strategies prevailed.

Reigning champion Kevin Siggy was picked up wide in his BMW on the first lap and fell back in the order.

During the course of the race, two key moments happened on lap 17. Jernej Simoncic, driving for the competitive Floyd Vanwall-Burst team, was awarded a drive-through for loosening Csincsik onto the turf, shattering the team’s podium hopes. 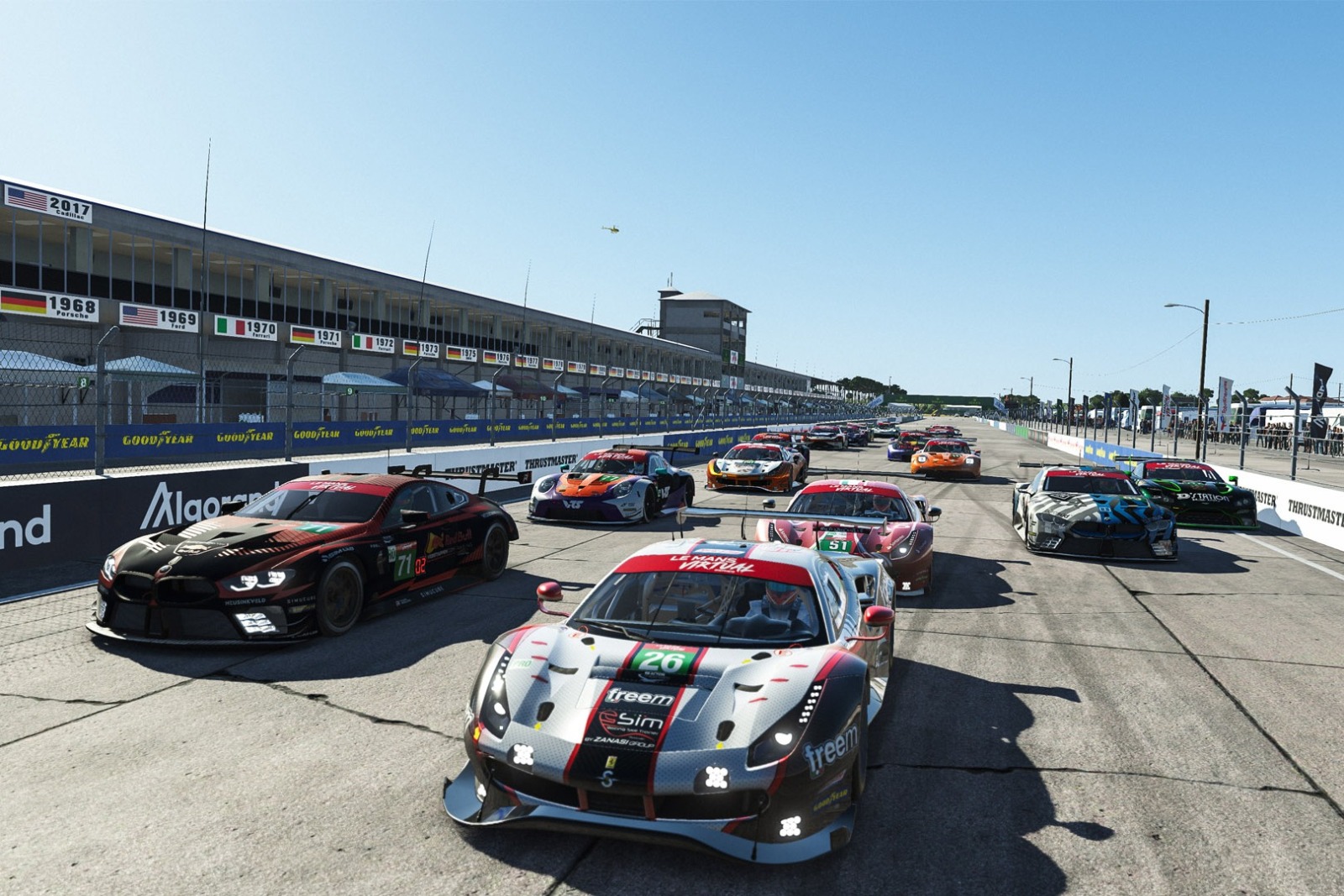 A second R8G start was also prevented on the same lap, this time his GTE-Ferrari, as Risto Kappet unfortunately ran into a stranded Diogo Pinto that had hurled the Team Fordzilla LMP across the track.

The first major pit stops followed just five laps later, the leading Porsche stopped at the end of lap 22, his #20 team-mate one lap later. By now it was total dominance, with only #1 Team Redline still in contact with the Porsches when Verstappen took over with just over 40 laps to go.

Things didn’t go quite so well for the second Redline entry, however, as both the number 2 and number 8 R8G LMPs came around Cunningham Corner only to find a stranded Adolfo Perez. Several vehicles piled up with no serious damage, but a second indiscretion for the Mexico Racing Team resulted in another drive-thru. 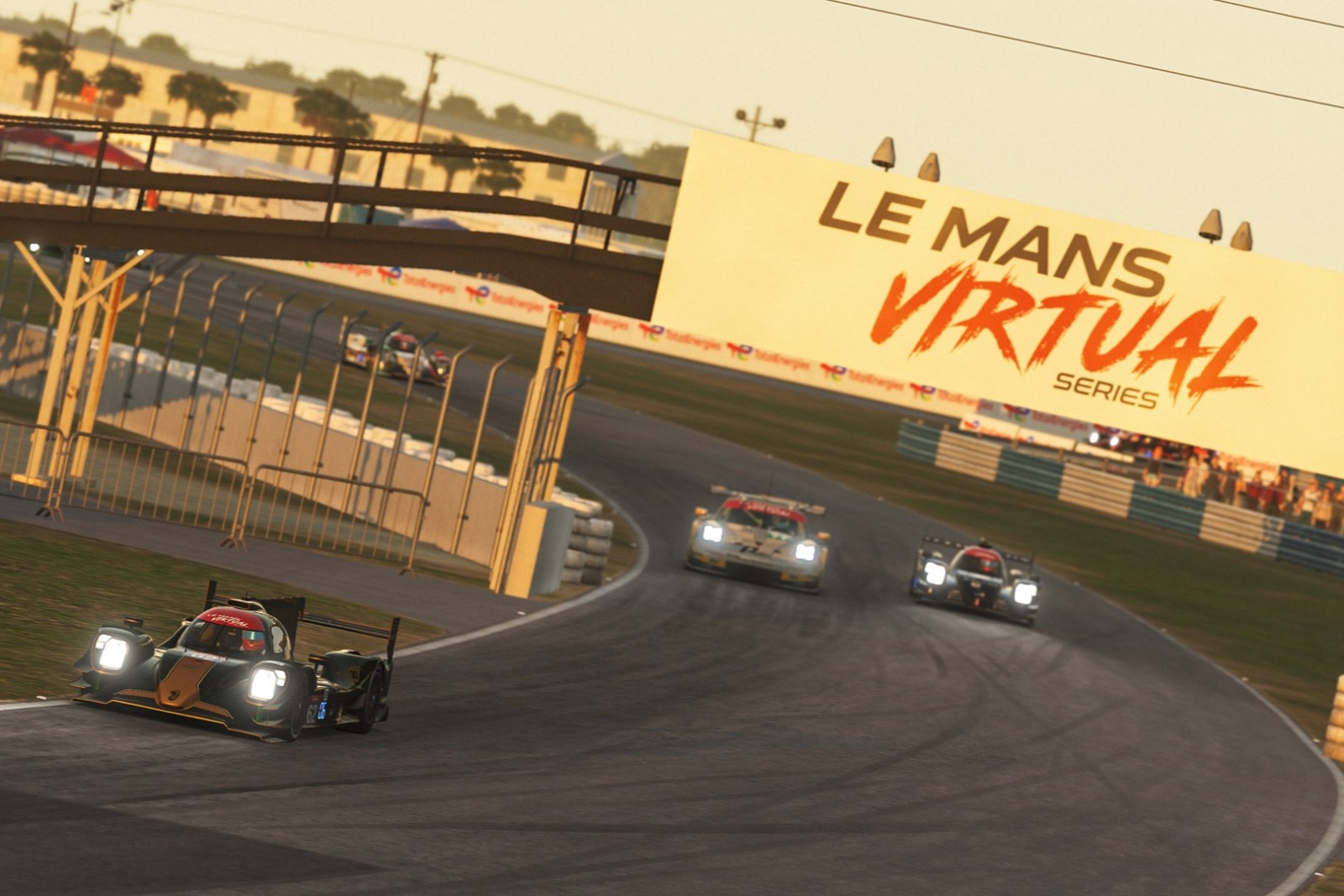 The R8G entry may have survived those circumstances, but unfortunately current ADAC GT Masters driver Arthur Rougier then crashed into the wall at Gurney Bend, causing suspension damage and sending him down from the fastest car in qualifying to a low 15th place.

As darkness fell, the two M8 GTEs of Redline and BS+Competition were chasing the leading SIM Maranello 488, Enzo Bonito, within a second of Lorenzo Arisi and 20 laps to go. The Autosport Esports Driver of the Year nominee took the lead of the field six laps later. 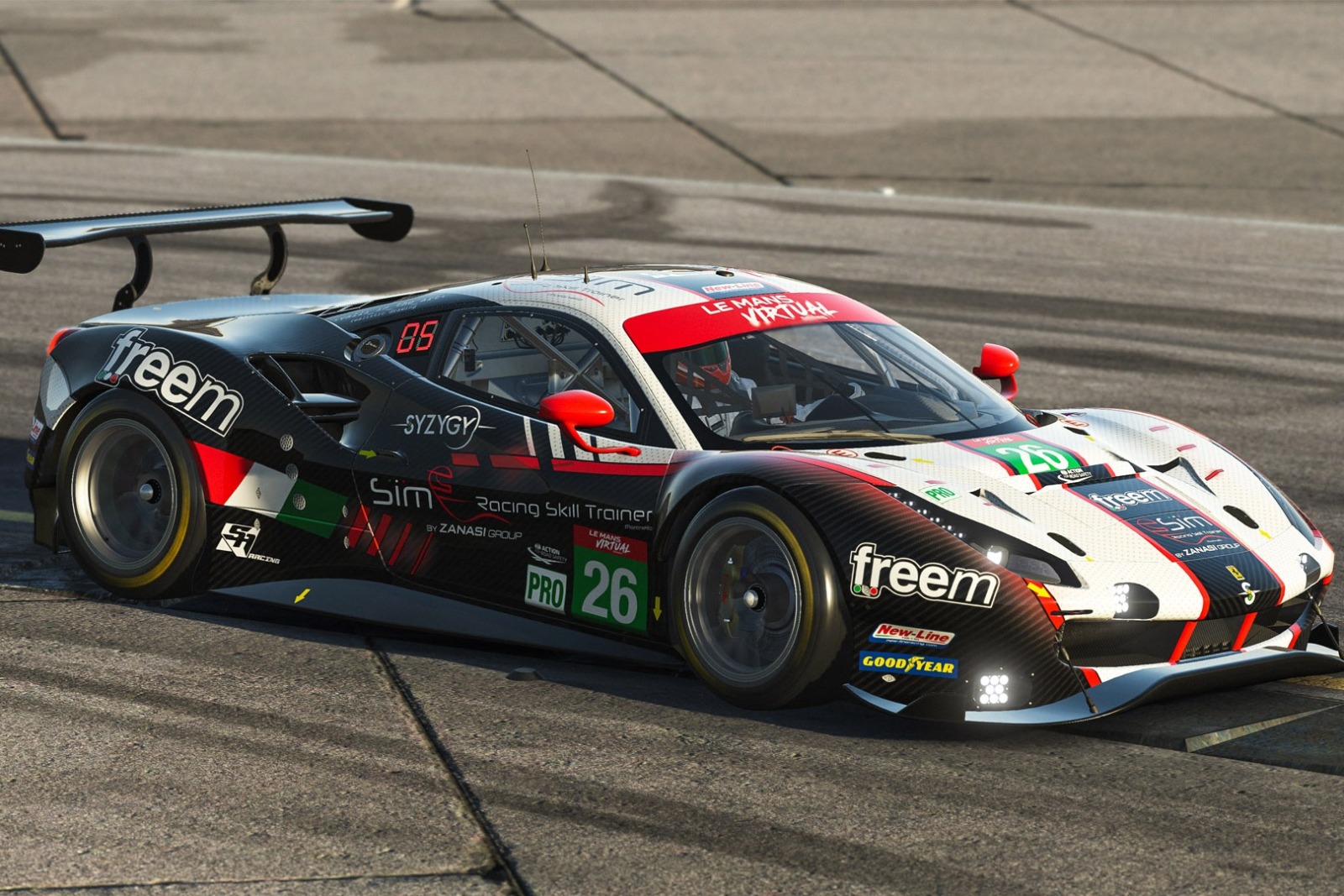 However, Porsche Coanda was never touched from start to finish. Mack Bakkum crossed the finish line in just over four hours for the team’s first overall win.

“It was a great job from everyone on the team,” said Rogers. “The team dug deep and worked on any bugs that were there [previously] did. It’s fantastic to end the regular season with a 1-2 result going into the 24 Hours of Le Mans Virtual.” 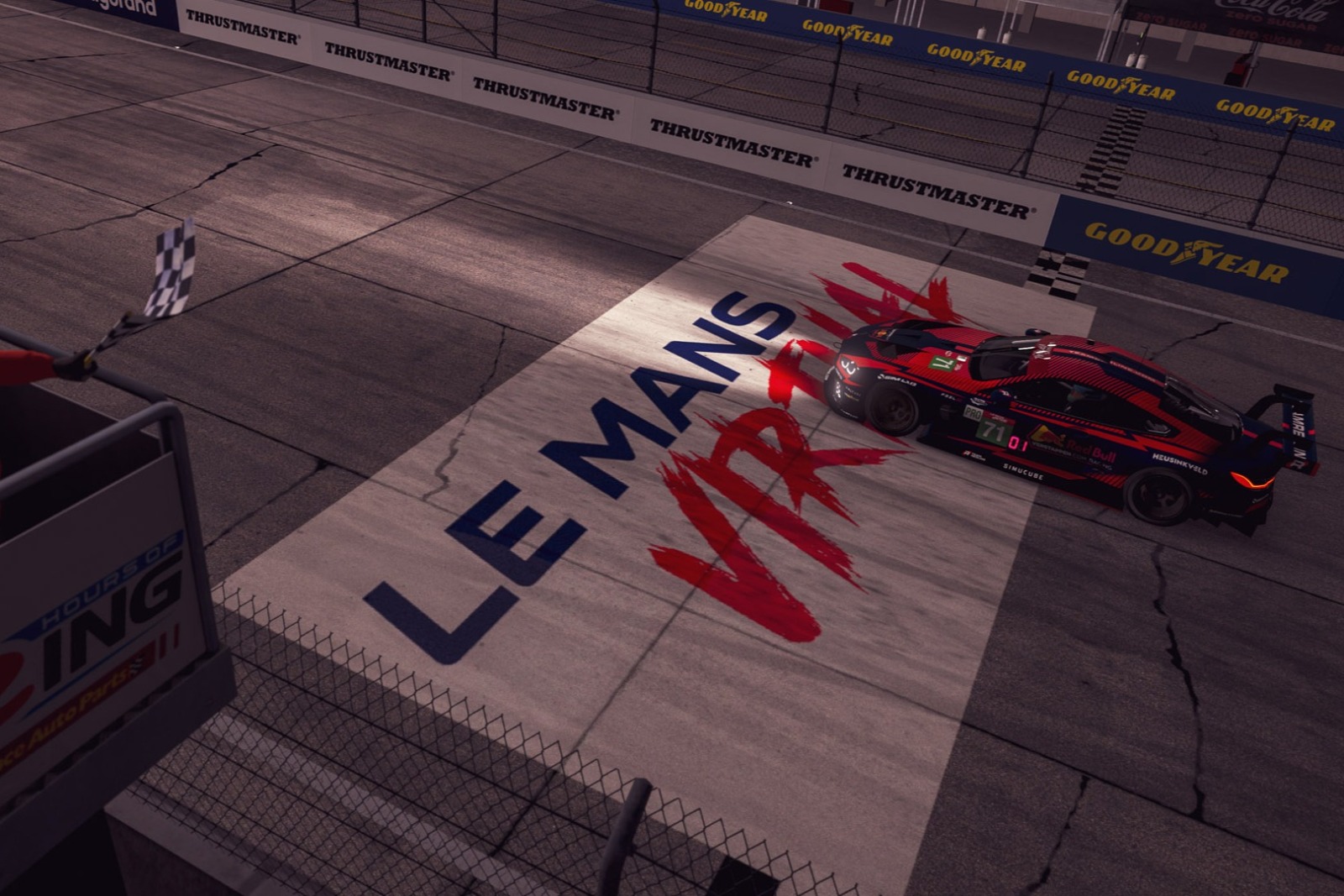 BMW Team Redline fought back in GTE, with Bonito, Siggy and Rudy van Buren taking back-to-back wins for the team.

“For me, I had the easy job, [Kevin and Enzo] carried me,” said Red Bull Racing Formula 1 development driver van Buren. “I just had to be consistent and tick the boxes, hats off.”