French architect Maxime d’Angeac has been restoring and decorating projects for luxury houses such as Daum, Hermès and Guerlain for the past 20 years. His designs touch on a personal interpretation of luxury that stems from his fascination with the great revolutionary artistic movements and travel novels. The architect, himself a wanderer, envisioned what it would be like to create a contemporary look for the historic Orient Express.

This notion became a tangible design work when the architect renovated the Orient Express train interiors 100 years later with the Accor Group. That public transportationThe new look of will now be presented at Design Miami/ in Florida from November 30th to December 4th, 2022.

Maxime d’Angeacs Design follows in the footsteps of Suzanne Lalique-Havilandin’s rail motif in the 1930s. The infusion prompted the architect to add mirrors to the ceiling to increase the expanse of the space and to line the corridors with a series of arches, tables and wraparound armchairs.

The room is lit by the warm light emanating from vintage-style lampshades. The partitions deviate from the original layout to make room for d’Angeac’s flagstone technique. Large dome lights, inspired by Second Empire style, adorn the Bar-Car’s ceilings, and the bar’s glass counter pays homage to René Lalique’s signature and craftsmanship. 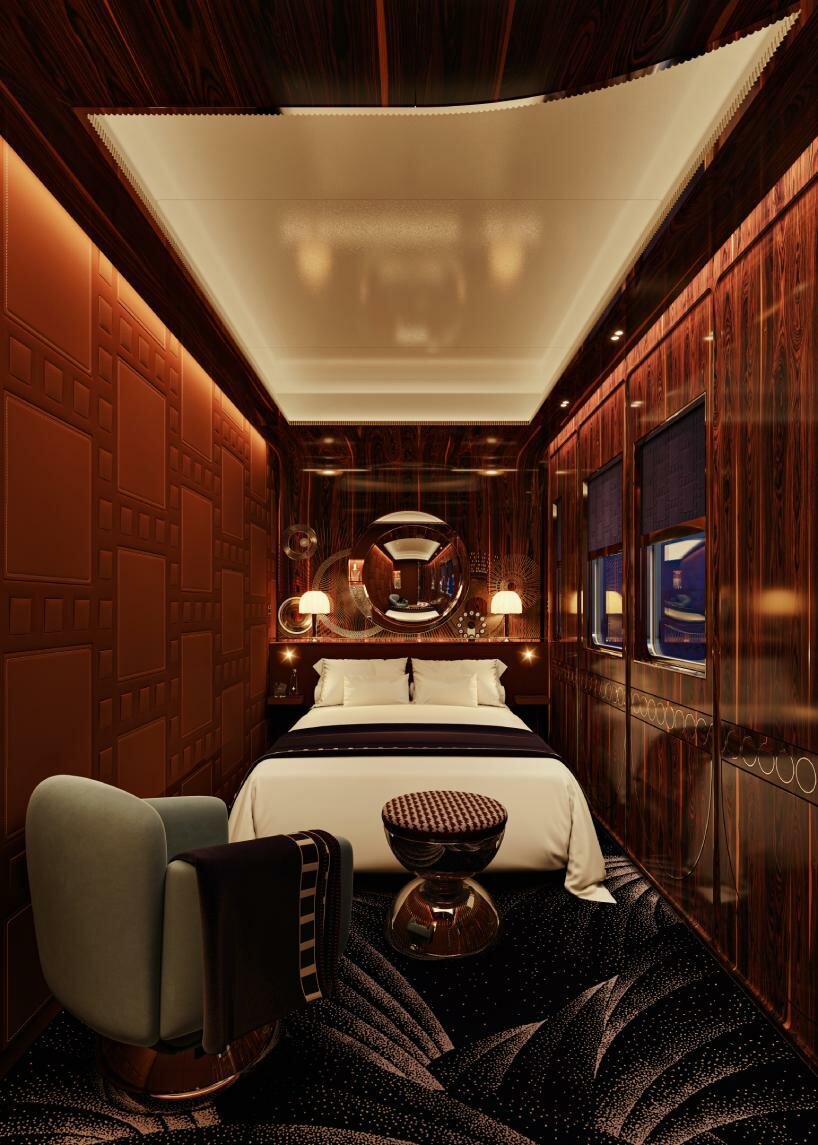 Upon entering the suites, the property invites guests to immerse themselves in the room’s polished wood ambience and simmer the sense of serenity on board. Everywhere the corners are rounded and the partitions are covered with wood and leather.

The headboards are embroidered with wood, mother-of-pearl and bronze. The famous “Blackbirds & Grapes” plaques by Lalique, which come from the historic train, are on display in a niche. The large sofas meet the comfort of a large bed and a bathroom and dressing room complete the ingenious layout. 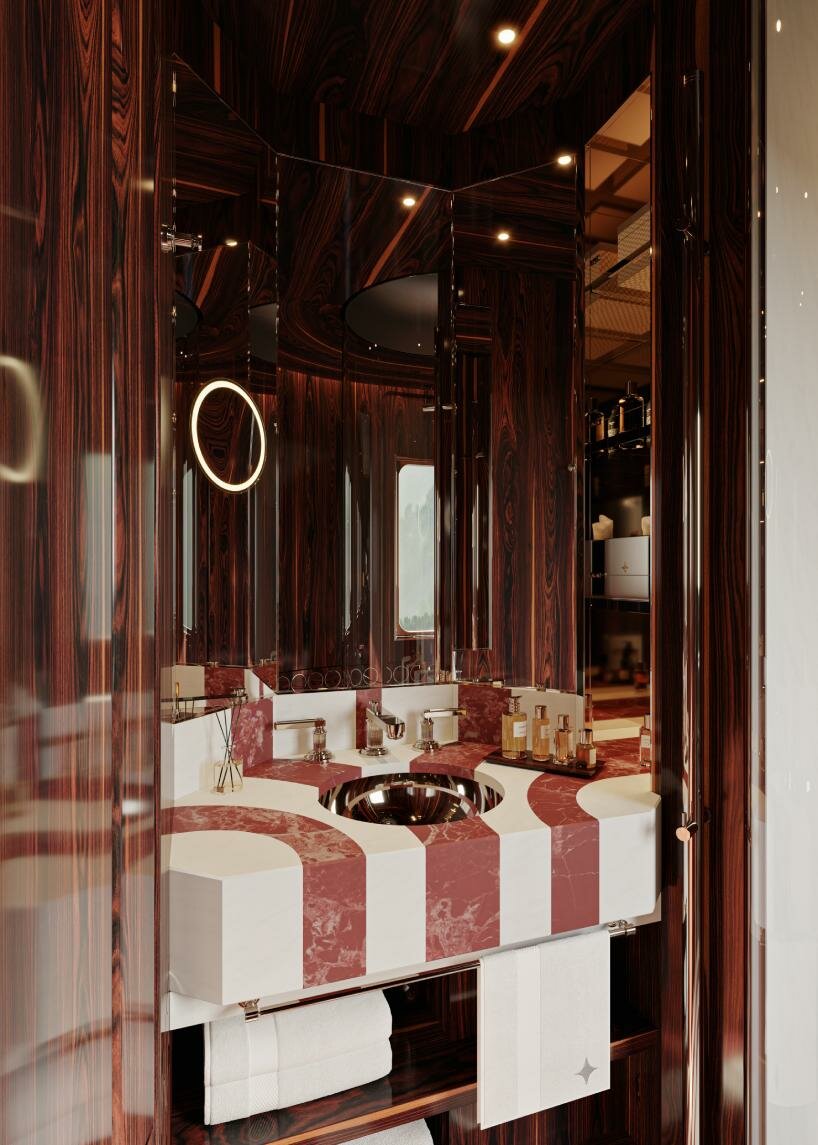 His research led him to confront the concept of the Modulor introduced by Le Corbusier in 1945, respect for proportions and the search for comfort in narrow spaces. The result culminates in a redesign marked by the beauty of rhythm, traversed by technological revolutions and the history of invention and design. For d’Angeac, the rebirth of the Orient Express is a meeting between scientific and technical criteria and an artistic and aesthetic challenge, in which the entire project was conceived as a total work of art. “From the Orient Express-inspired screws to the innovative concept of the suites, a few mind games and keen attention to detail will allow travelers to rediscover the grandeur of the Orient Express.” he writes on his studio page.

Sébastien Bazin, Accor Chairman and CEO, comments that the modern Orient Express train is a story inspired by a dream and a timeless train that has been the object of all fantasies. ‘Maxime d’Angeac’s design awakens the myth with the revelation of luxury, modernity and French elegance. Tomorrow, the Orient Express will shine again, proud of its 140-year history and looking to the future. The legend goes on’ he adds.

Designers can find their place in an AI future

How ITN rolled out its first major rebrand since 1969